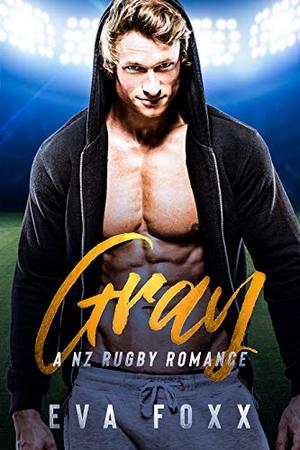 Gray wants nothing to do with love after this hunky, strong rugby player had his heart brutally stomped on.

He’s determined to focus on the game instead of women.

Unfortunately, his heart isn’t as hard as his rugged and chiseled body. The very instant he locks eyes with a gorgeous green-eyed journalist, he knows he’s in big trouble.

He wants her, all of her, and he can’t rest until then.

Piper is sure the scars on her heart will prevent her from ever finding love again – and the last person she expects to be wildly, primally attracted to is a sexy, steely-eyed athlete. Neither one is prepared for the intense sparks that erupt between them, leaving them both yearning powerfully for more.


Piper and Gray are used to running from romance, but suddenly they can’t imagine running anymore.


Is love enough to heal their hearts, or are they just going to end up even more broken than before?

Gray is the fourth book in the NZ Rugby Romance Series, but each of these short and spicy sports romances can be read and enjoyed all on their own. With no cliffhangers or cheating, expect a sizzling but sweet love story featuring rugged athletes and their feisty heroines finding happily after!

This steamy short story is approx. 7500 words long and is set in New Zealand and feature kiwi word usage and slang - you've been warned :)♥

'Gray: An Instalove Romance' is tagged as:

The 'A NZ Rugby Romance' series

All books by Eva Foxx  ❯

Buy 'Gray: An Instalove Romance' from the following stores: