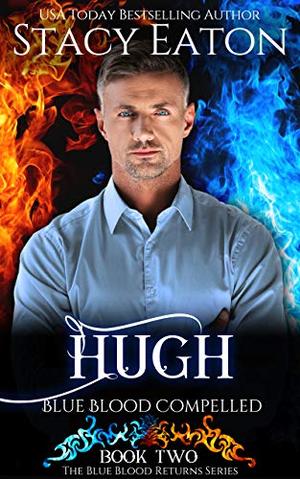 Take a short trip back in time to find out how Hugh got involved with his special task force and then learned about the hidden society before he was summoned to meet with Joseph Portage and began a new mission.

Kristin knows that there is more going on than meets the eye with Hugh. Now she not only has to deal with the issues of the breed, but also the secrets of her new and powerful mate. A warning from an old friend not taken seriously will put Kristin in a tailspin as the past and present converge in the flash of the strobes and the thump of the base.

With the rest of the VMF gang working to find Portage and protecting Kristin, there are ups and downs for all of them, but Josh is hell-bent on figuring out what Hugh’s secret is.

Portage has his way in now, but that is only step one of his plan to control Kristin and take over the breed. While Zander continues to get frustrated with the dreams and his father, he finally decides to take off on his own and figure things out. It’s not until he arrives in Philadelphia that he will start to find answers—but they will change everything.

The Blue Blood Returns is an adult paranormal romance with sexual situations, violence, language, and does contain a cliffhanger that leads right into the second book, Hugh. While this is a new series, it does spin off of the My Blood Runs Blue Series.

The 'The Blue Blood Returns' series

All books by Stacy Eaton  ❯