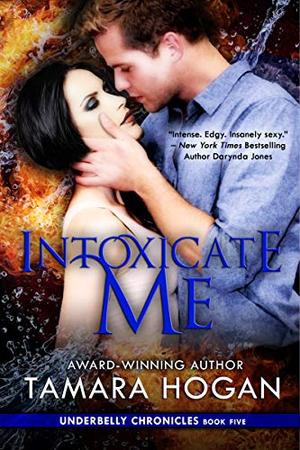 Only her tough love can save him…

Security guru Jack Kirkland is one of two humans alive who knows a very important secret: that humanity has shared their planet with paranormals for millennia. When Jack is seriously injured protecting the paranormals’ president, the president’s family offers round-the-clock care—but no one is more surprised than Jack when the president’s daughter, an aggravating, intoxicating succubus, is first to volunteer. How can Sasha stand to look at him, much less dress his wounds, when her father died on his watch?

No one, least of all Sasha Sebastiani, blames Jack for her father’s death—but Jack blames himself, and that’s a big problem. She’s the perfect person to help him recover, to deliver some TLC and some tough love…if she can find the strength to ignore the sexual tension that’s been brewing between them for years.

As the danger escalates, Jack and Sasha must work together to neutralize the threat. Will Jack learn to trust himself, and the woman he loves, before he loses everything…including his life?
more
Amazon Other stores
Bookmark  Rate:

'Intoxicate Me' is tagged as:

Similar books to 'Intoxicate Me'

Tempt Me
Tempt Me
(Underbelly Chronicles #3)

Touch Me
Touch Me
(Underbelly Chronicles #2.5)

Chase Me
Chase Me
(Underbelly Chronicles #2)

Taste Me
Taste Me
(Underbelly Chronicles #1)

All books by Tamara Hogan  ❯

Buy 'Intoxicate Me' from the following stores: