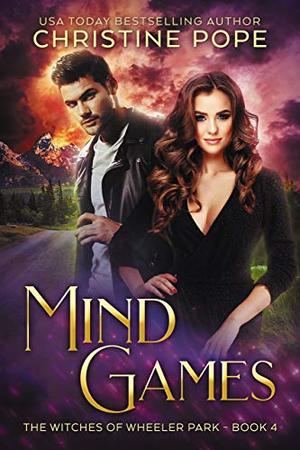 Never stop moving. Never look back. And never gamble with your heart…

Jeremy Wilcox hasn’t had a ping on his orphan witch–hunting computer system for two, tomb-quiet months. Until he learns of a woman with a gift for disguises — and an uncanny ability to beat the house.

Sloane Kennedy lives by one cardinal rule: Never stop moving. It’s the only way she knows to survive. It’s not exactly cheating — after all, tuning into and out of people’s heads is a survival mechanism. So is the spider sense that tells her the cute guy at Twin Arrows casino is watching her.

When said cute guy rescues her from an unknown assailant, it turns out he knows way more about her than he should. Like that she’s adopted…and a few things she didn’t. She’s a witch, and somewhere, she has family.

As Sloane learns more about her heritage, her relationship with Jeremy grows from shy kisses into a longing for something more. Roots, a home, love. But reconnecting with her birth family is no dream. It’s a nightmare that could rip her from Jeremy’s arms…and sweep her up in a mad plan to control all witches. Everywhere.

'Mind Games' is tagged as:

The 'The Witches of Wheeler Park' series

All books by Christine Pope  ❯