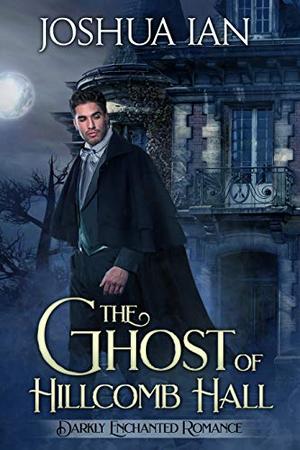 Landscape designer Jonas Laurence arrives at the cheerless and fog enswathed Hillcomb Hall, home to the Earl of Stanley and his family, to renovate their crumbling gardens. With a great storm crashing all around, his time is at the mercy of the house’s odd and mysterious occupants. Captivated by the hauntingly attractive portrait of Lord Stanley’s ancestor, which constantly seems to watch and taunt him, Jonas’s dreams become weird and distressing. And his waking moments are consumed by the strange stories and weird atmosphere of the manor estate. Ghostly visits in the night leave Jonas no choice but to accept his attraction to the otherworldly spirit from the painting. But is this affaire de coeur real? Or is it all just a trick of the mind, a sinister game being played by the inhabitants of Hillcomb Hall?
more
Amazon Other stores
Bookmark  Rate:

'The Ghost of Hillcomb Hall' is tagged as:

Similar books to 'The Ghost of Hillcomb Hall'

More books like 'The Ghost of Hillcomb Hall'   ❯

All books by Joshua Ian  ❯

Buy 'The Ghost of Hillcomb Hall' from the following stores: