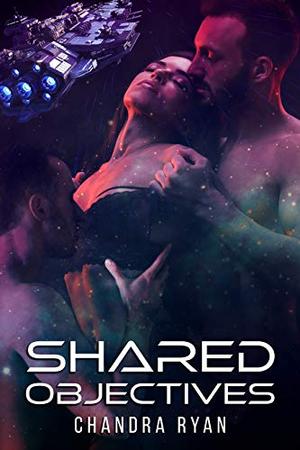 *This book has been previously published. The author is republishing the book after receiving her rights back.*


When Lisa and her son are rescued from a military prison, one look at the genetically altered mercenary who carries her to freedom puts some racy ideas into her head. Dixon is strong, handsome and kind, an unfamiliar combination. Her job as a government geneticist usually sends men running, not rushing to her aid.

Unfortunately Dixon isn’t alone. Lisa’s ex, Ben, is another member of the Coalition, the band of rebels fighting against the government that locked up Lisa. After their split two years ago, she never thought she’d have to face his scorn again. But now she has to work with him without giving in to old temptations. Or so she thinks.

The men need her for her genetics skills. When they discover they’re both attracted to her, they have to find a way to share or risk destroying their friendship. And Lisa finds that two sets of sexy hands all over her body are hotter than one.
more
Amazon Other stores
Bookmark  Rate:

'Shared Objectives : A Sci-Fi Romance' is tagged as:

All books by Chandra Ryan  ❯

Buy 'Shared Objectives : A Sci-Fi Romance' from the following stores: