The Curse of Sotkari Ta: Book One

by Maria A. Perez 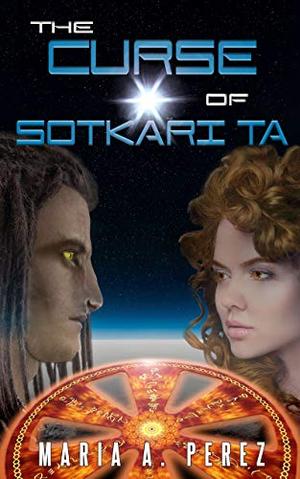 Stolen from Earth…only to learn she’s not entirely human.


Mina, a wife and mother, is snatched from her family and forced to serve the ruthless Lostai on a distant science station. The DNA of an evolved race known as Sotkari Ta lies dormant in her genes. The Lostai, determined to harness her latent telekinetic and telepathic abilities, push Mina through a brutal boot camp. Despite the hardships and abuse, Mina completes her training and is assigned her first mission, one that goes against her most basic principles. A mission she will not accept.

If Mina is to escape the Lostai, she must trust an arrogant and unpleasant soldier whose morals seem questionable, at best. The strong attraction between them both annoys and unnerves her.


Even if she gets away, she will need to survive in this alien environment while evading the Lostai. Will she ever make it back to Earth, or have her actions already changed her destiny and the fate of those who assist her?

If you like the combination of steamy romance and space opera, this series is for you.
This book is the first of the series but can be read as a standalone, with a HFN ending
Disclosure: Sexual Content, Violence, Attempted Rape
more
Amazon Other stores
Bookmark  Rate:

'The Curse of Sotkari Ta: Book One' is tagged as:

Similar books to 'The Curse of Sotkari Ta: Book One'

More books like 'The Curse of Sotkari Ta: Book One'   ❯

Recent books by Maria A. Perez

Buy 'The Curse of Sotkari Ta: Book One' from the following stores: