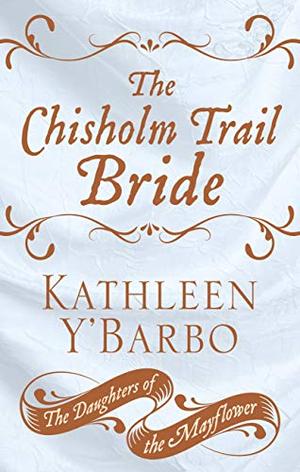 "Eliza Gentry's pursuit of marriage to the son of her family's sworn enemy has cost her greatly. Furious at his daughter's choices, her father sends her off with the cattle drive heading toward Fort Worth and the Barnhart ranch, but under the watchful eye of Wyatt Creed, a Pinkerton man he has hired to see to her safety. With danger at every turn--not the least of which to his heart--can Wyatt Creed keep his focus with Eliza Gentry around? Is the Chisholm Trail a place for falling in love or a place to die at the hands of cattle thieves?"--
more
Amazon Other stores
Bookmark  Rate:

'The Chisholm Trail Bride (The Daughters of the Mayflower (12))' is tagged as:

The 'The Daughters of the Mayflower' series

Buy 'The Chisholm Trail Bride (The Daughters of the Mayflower (12))' from the following stores: