She Chose HIm, He Chose Me 2 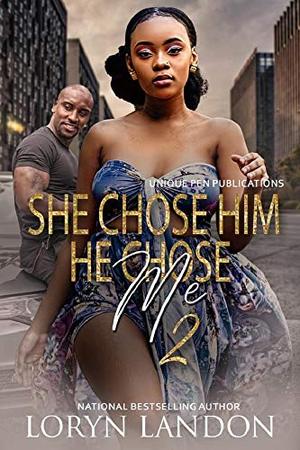 The finale picks up right where the first book left off as the plot thickens and the drama continues to unfold in the final installment of She Chose Him, He Chose Me 2.

Misha is still trying to adjust to all the changes that has taken place as she struggles with all the new drama that is constantly coming her way. Getting over the loss of her fiance and finally getting to a place where she is open to being in a relationship with Emanuel, she finds out that he has more baggage and issues than she is willing to put up with, especially when it comes to Gemma.

Emanuel continues to reap what he sowed following the breakup from his situationship with Gemma. Finding out that Gemma is pregnant adds more stress and disappointment to the mix because all Emanuel wants is to move forward with Misha. However, Gemma isn’t about to let that happened without a fight. Will Gemma’s dramatic antics keep Emanuel and Misha from being together?

Sia is broken hearted over finding out what her husband Bruce has been up to. The news is so detrimental that it ends their marriage and Sia can’t help but to take it personal. Thankfully, she has Misha and with all that the two of them are going through it keeps Sia distracted enough to move on. Will Sia be able to get over her husband leaving her another woman?

Find out all of that and then some in this piping hot FINALE of She Chose Him, He Chose Me 2.
more
Amazon Other stores
Bookmark  Rate:

Similar books to 'She Chose HIm, He Chose Me 2'

Buy 'She Chose HIm, He Chose Me 2' from the following stores: