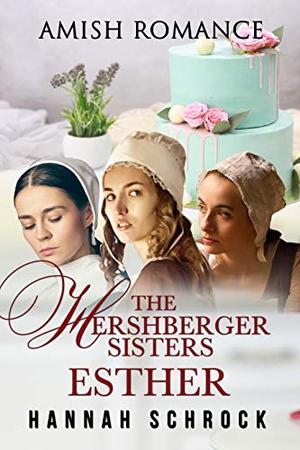 Some embrace their Amish heritage, others can’t wait to leave it behind.

Esther Hershberger never could understand how other girls her age could just get married and have a family. How could you when there was an entire world just waiting to be explored? Although she loved her Amish heritage, she didn’t believe it was her future. Sensing this, her sister and guardian, Anna, is refusing her a rumspringa. Because deep down Esther knows if she leaves, she won’t be coming back.

A battle of wills ensues as Esther and Anna fight against the Amish tradition. Every Amish person has the right to a rumspringa but the more Esther pushes for her rumspringa, the more Anna refuses to let it happen. It’s not that Esther doesn’t love her family, she simply doesn’t love their life. She’s tired of working in a bakery and wearing plain clothes and pretending that she’s happy. It’s time for Esther to find her own happiness, she’s just not sure how.

The answer comes when Daniel Miller returns to Hope Falls. Daniel had once been engaged to her sister, Anna, but after their mother passed away Daniel had fled the commitment and the Amish community without a proper goodbye. Esther is intrigued by Daniel’s courage and the stories he has to tell. She knows Anna doesn’t approve of their budding romance, but Esther is done listening to what her sister expects of her.

Will Esther find the life she so desperately seeks when she flees her community, or will she find that sometimes things aren’t as they seem? Sometimes what you want is right before your eyes and all you have to do is open them.
more
Amazon Other stores
Bookmark  Rate:

'The Hershberger Sisters: Esther' is tagged as:

Buy 'The Hershberger Sisters: Esther' from the following stores: