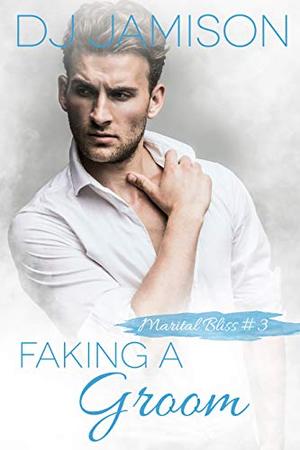 Can two men fake an engagement for the greater good?

Avery Kinkaid has been bowing to his father's will far too long. But when his dad supports anti-LGBTQ legislation, he's had enough. Sen. Kinkaid says things would be different if Avery had a fiancé in the wings. Well, fine: He'll just have to get one.

Rory Fisher is an activist with a heart of gold and nerves of steel. He's not afraid to call Avery on his BS, and that's why Avery knows Rory is the perfect fake fiancé to help him take a stand. If he still feels a little too much for his ex, well, he can shove that down and suck it up to beat his dad at his own game.

Until Rory encourages his most hidden desires. Until he makes Avery feel stronger, braver, and freer than he's ever been.

Loving Rory is easy, but Avery's father won't just sit back and let them have their happily ever after. They will have to fight: for their love, for justice, for a future together.

This is one power struggle they can't afford to lose.
more
Amazon Other stores
Bookmark  Rate:

'Faking A Groom' is tagged as:

Similar books to 'Faking A Groom'

All books by D.J. Jamison  ❯

Buy 'Faking A Groom' from the following stores: