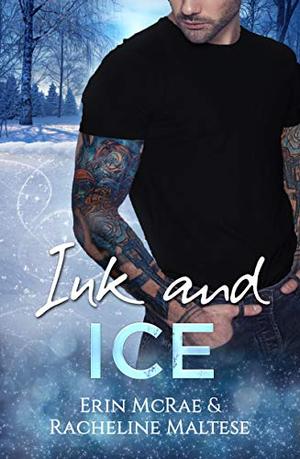 Growing up on an isolated island in the middle of Lake Erie, Aaron Sheftall learned to skate as a young child when extreme weather would cut his off his small community -- and its legends about a lost colony of seals -- from the rest of the world. Now an elite figure skater, Aaron dreams of getting to the Olympics. Yet competition is fierce and in a sport filled with injuries and drama, careers are short. But when a fluke accident changes the stakes for the entire U.S. team, Aaron sees his chance.

Zack Kelly used to be a war reporter. But a successful book about his time covering global conflicts, an unsuccessful marriage, and a dose of PTSD have sidelined him from the journalism game. When an old friend calls up him with a long-form assignment about competitive figure skating, Zack has no idea what he's getting into. He also doesn't care -- it's a change of scenery and a paycheck.

Thrown together under circumstances neither of them are initially enthused about, Aaron and Zack ultimately embark on an unlikely -- and ill-advised -- romance about trust, myth, and what it really means to be comfortable in your own skin.

——
Ink and Ice is part of the same series as After the Gold. The books can be read in any order. Katie and Brendan’s story continues here as a key part of Aaron’s coaching team.
more
Amazon Other stores
Bookmark  Rate:

'Ink and Ice: A Twin Cities Ice Book' is tagged as:

Buy 'Ink and Ice: A Twin Cities Ice Book' from the following stores: