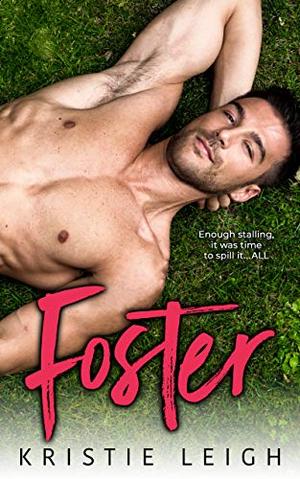 Just messin’ with you. I don’t have time for that crap, but here’s my story.

I was finally coming clean to my best friend about how this divorced, single mom attempted to get back in the dating game...and wound up with an old flame.

Enough stalling, it was time to spill it ... ALL

Foster Montgomery was my best friend's hot younger brother. Back in high school, we used to have a thing. And by “thing,” I mean we used to mess around--behind closed doors, because apparently, that was all I was good for.

Finally, many years later, I had the chance to get my revenge. If wet dreams, steamy make-out sessions on my couch, and “naked yoga” in my living room counted as revenge, then I nailed it!

He was still keeping secrets, but this time, I planned to make it known exactly what he’d done behind those closed doors.
more
Amazon Other stores
Bookmark  Rate:

'Foster' is tagged as:

All books by Kristie Leigh  ❯

Buy 'Foster' from the following stores: