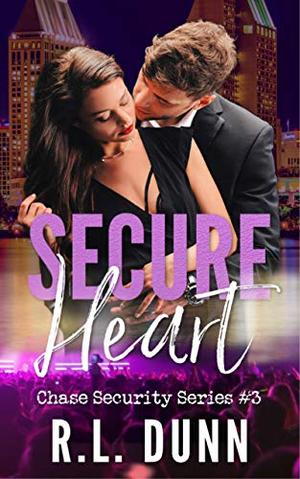 Is his heart full enough to fall in love again?

Widowed for five years, former Navy SEAL Julian “Smooth” Dupart returns to San Diego as the new head of the Chase Group’s San Diego branch. He finds himself going through the motions after “breaking up” with his bottle of bourbon. In his first few days on the job, he discovers the Chase health center has distributed substandard and counterfeit medication.

Holly Dupree Morrison, an indie performing artist, escaped an abusive childhood only to get involved with one wrong man after another. Her silver lining is her sassy four-year-old daughter, Sadie, who is facing surgery after bad medication from the Chase group health center further damaged her already compromised heart.

After a stalker nearly kills Holly, she’s forced to hire Chase Security, and Julian, remorseful that his company hurt Sadie, vows to protect them both. His heart softens to the soulful singer and her precious girl, but can he face losing Sadie from the same illness that killed his wife? And can Holly trust her heart to another man?

Not only is Holly in danger, but someone is gunning for Julian and Chase Security as well. Meanwhile, San Diego has been plagued by a serial kidnapper who tortures women and abducts their children. Can Julian and his colleagues figure out where the threats to Holly, the company, and the serial kidnapper intersect before evil has a chance to prevail?

The Chase Security Series follows the Chase brothers, Ian and Kieran, and their team of former Navy SEALS and other military officers and is intended for readers 18+ due to adult themes and content. The books can be read as standalones, or you may prefer a chronological reading order as follows:

'Secure Heart' is tagged as: