A Thug Loved Me 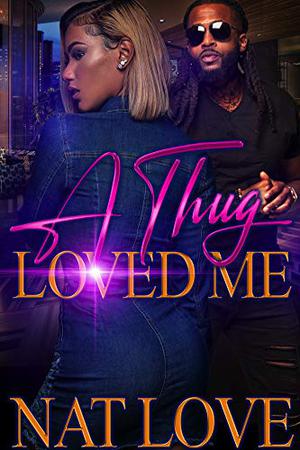 Imagine marrying the love of your life, and instead of a fairytale, the day ends in a literal horror story. What would you do if you passed out on your wedding day and woke up covered in blood, with no recollection of anything besides your ceremony? What happens when the person you love provides a lawyer who doesn’t listen to you, and you’re sentenced to life in a psychiatric facility for something you didn’t do, but there is no way to prove it?

Kehlani, a beautiful young soul, who is kind, honorable, and as beautiful as they come, had been through a lot in her childhood. Despite her past, Kehlani continues to be a blessing to people with not so good hearts, like her new husband, Matteo Armantea. He and his family take advantage of Kehlani and ruin her life in the process. Like anyone who is used and abused until there is nothing left, Kehlani’s heart turns cold.

Tank, Kehlani’s best friend, was sentenced to juvenile life in prison for a crime he didn’t commit. After serving five years, he is out for vengeance against the people responsible for his incarceration, which happens to be the same family that Kehlani married into. While plotting with Yasiera, his favorite cousin, and Kehlani’s other best friend, to take the Armanteas down, Tank learns about everything Kehlani had endured while he was locked up. When Kehlani joins forces with Tank and Yasiera, his love for her comes back like it never left.

Yasiera, Kehlani’s best friend, had been worried about Kehlani for years. Matteo had forced Kehlani to cut ties with everyone from her past, so no one knew what she was going through. The universe steps in and brings the women back together when Yasiera returns to work at the mental institution from vacation and discovers that her best friend is a patient.

Kehlani, Tank, and Yasiera are unstoppable together, and they vow to remove all obstacles in their quest for answers and retribution.

This story of heartbreak, betrayal, and vengeance will leave you breathless.
more
Amazon Other stores
Bookmark  Rate:

'A Thug Loved Me' is tagged as:

Similar books to 'A Thug Loved Me'

Buy 'A Thug Loved Me' from the following stores: