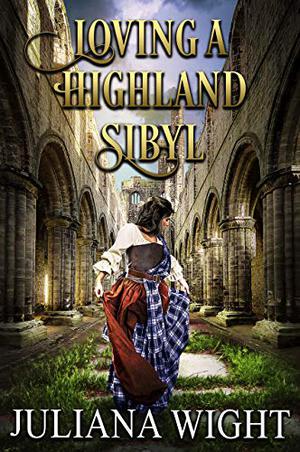 Can you escape the dark omens? Or will fate take its course?

Agnes knew that by belonging to the cunning folk, she was equal to being accused of witchcraft, and yet there are some gifts you cannot renounce. Bad omens are all around her; she could see it in the water, she could read it in the stars.

When the most handsome man, who is the reason for all the omens, appears in front of her, she is stunned. For he who is about to die is also the one invading her sinful dreams.

Cináed MacLeod had to escape. After he ascends to the Lairdship, his uncle manages to usurp his power. With a price upon his head, Cináed finds refuge in the cottage of three women. All of them peculiar in their own way, and one of them, the ethereal Agnes, put a spell on him.

But as he tries to get closer to her, the more she pushes him away. For she cannot handle the pain of loving someone who is about to lose his life…

She was cursed with knowledge; he was bound to die…


"Loving a Highland Sibyl" is a STANDALONE Historical Scottish romance novel. No cheating, no cliffhangers, and a guaranteed happily ever after.

*If you like brawny Highland warriors with a soft heart, and steamy romantic stories depicting the majestic and mysterious Scottish Highlands, then Loving a Highland Sibyl is the perfect novel for you.
more
Amazon Other stores
Bookmark  Rate: