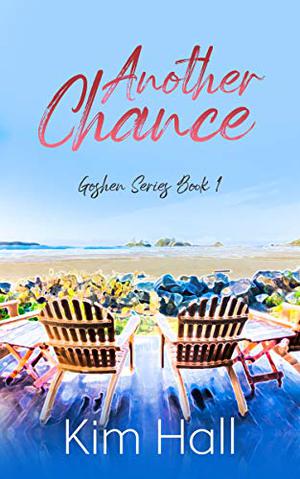 A widow and her fifteen-year-old son, and the principal who mentors the troubled young man...

In small town Goshen, Cara is a single mother to fifteen-year-old Alek. Her husband died in the military and she is left to raise Alek by herself. In her teens, she had a chance meeting with a boy named Hansel, whom she never forgot, somehow. Hansel became a successful gynecologist, but ends up disillusioned and walks away from his career.

He takes up teaching, and he becomes the principal at the school Cara’s son attends. Her son gets into trouble often, and he almost gets suspended. Hansel manages to turn the troubled teen around and mentors him. Cara wants to meet the new principal who had helped her son so much.

Cara and Hansel meet again. Old sparks are rekindled. Hansel wonders what could have been. There is just one problem—Cara’s inhibitions.

'Another Chance' is tagged as:

Similar books to 'Another Chance'

All books by Kim Hall  ❯

Buy 'Another Chance' from the following stores: