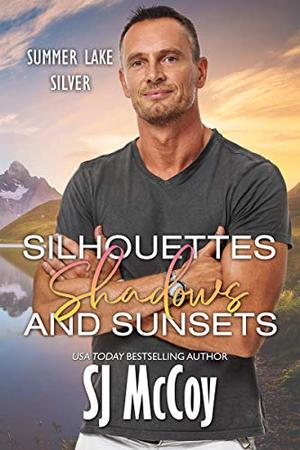 Manny dedicated his life to his work for more than thirty years. He’s not sure what retirement will hold for him—not sure he’ll be able to slow down that much. But he doesn’t need to figure it out all at once.

He’s given himself a month to ease into the transition. He’s rented a house in the lakeside town where some of his friends live. The house isn’t much, but he plans to take good care of it for the widow he’s renting from.

Whenever he’s imagined how his new life might look, the picture has never included a woman. He’s always thought of retirement as riding off into the sunset … alone.

Nina thought the sun had set on her life a couple of years ago when her husband died, leaving her with a pile of debt and a broken heart.

She moved away from the lake for a chance at a fresh start. She even went on a date for the first time. But what she’d hoped might be a bright new beginning is overshadowed when both her safety and her job are threatened.

It’s time for her to go home to Summer Lake—the only trouble is, she just rented out her house.

Manny thinks he’s renting from some old lady. Nina thinks her tenant is some old guy who’s retiring. Neither of them expects to find an intruder in the kitchen in the middle of the night, but when they do …

You’ll have to pick up your copy of this heartwarming romance today to see if these two can overcome what lurks in the shadows and ride off into the sunset together.

This book is intended for readers aged 18+
~~~~~~~~~~~~~~~~~~~~~~~~~~~~~~~~~~~~
The Summer Lake Silver series features couples in their fifties and older. Just because a few decades - or more - have skipped by since you were in your twenties it doesn't mean you can't find love, does it? Summer Lake Silver stories find happily ever afters for those who remember being thirty-something - vaguely.
Like Some Old Country Song - Clay and Marianne
A Dream too Far - Seymour and Chris
A Little Rain Must Fall - Ted and Audrey
Where the Rainbow Ends - Diego and Izzy
Silhouettes Shadows and Sunsets - Manny and Nina
more
Amazon Other stores
Bookmark  Rate:

'Silhouettes Shadows and Sunsets' is tagged as:

Buy 'Silhouettes Shadows and Sunsets' from the following stores: