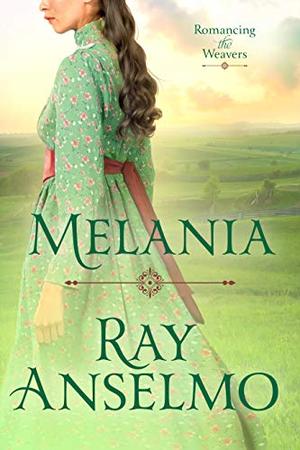 Over six years before, Clinton’s family visited Mel’s on the Weaver’s sprawling farm for Christmas, and for the two teenager, it was hate at first sight. Mel did everything she could to spoil Clinton’s time there, including stealing a kiss from him and making sure her bossy older brother caught them. But that kiss started something she wasn’t prepared for, and ever since, she and he had been writing back and forth, forging a friendship … and maybe more than a friendship.

Now it’s the spring of 1886 and Mel gets a surprise! Clinton shows up at the Weaver farm in Washington Territory with a dozen head of cattle her family purchased from his family’s ranch in Oregon. Furthermore, he’s staying on as a hired hand to help take care of the new stock. This time, it looks like love at second sight, which poses its own problems. Foremost among them is that Mel and Clinton are both healthy young adults … who have to exercise a lot of self-control lest they create a Victorian-era scandal. And with over two dozen Cucinottas and Weavers (and one other hired man) around, there are a lot of eyes watching them.

Can the two young people court and find out if they suit without going too far? Can Mel’s family safeguard her virtue without driving her batty? Will there be competition between the hired hands for Mel’s affections? And can someone find a way to keep an incredibly stupid cow from wandering off into the woods? Find out in the fourth Romancing the Weavers book, and the wildest one yet!

'Melania' is tagged as:

The 'Romancing the Weavers' series

All books by Ray Anselmo  ❯

Buy 'Melania' from the following stores: