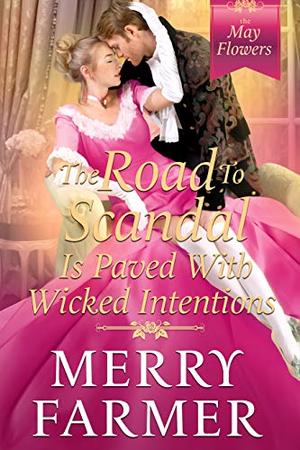 Lady Phoebe Darlington's life as she knows it is over. Impoverished and desperate, she has been forced to take up employment as a shop girl, which is humiliating enough. But when she and her mother are thrown out of their boarding house, she may have no choice but to live on the streets.

Until a chance encounter at a pub on a rainy day changes her life forever.

Danny Long is proud of his lower-class upbringing and his street smarts. He is loud, rude, and a heck of a lot of fun to be around. He is also secretly one of the wealthiest men in London. When Phoebe seeks shelter in his pub, he knows in a flash that he will do everything he can to make her his, no matter how scandalous, including offering her and her mother a flat in one of his buildings...for a particular price.

But what begins as mischief turns serious when a villain from Phoebe's past resurfaces with nefarious intentions. Danny must rise to the challenge of being Phoebe's knight in shining armor, but Phoebe may end up being the one who saves him.

'The Road to Scandal is Paved with Wicked Intentions' is tagged as:

The 'The May Flowers' series

All books by Merry Farmer  ❯

Buy 'The Road to Scandal is Paved with Wicked Intentions' from the following stores: