Leon (Dance with the Devil #2) 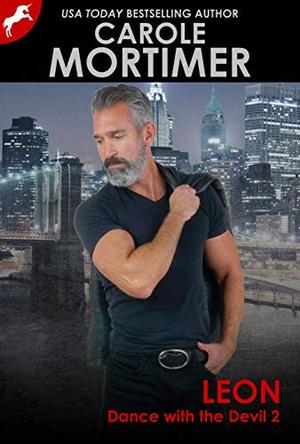 Carla Andretti swore off men a year ago, all men, when she came home unexpectedly and found her then boyfriend in their bed with another woman. She is not, most definitely not, going to even think about getting involved with Leon Brunelli, a man who is not only eighteen years older than her but also the most powerful Mafia don in New York.

Leon has been on his own since his wife died giving birth to their daughter twenty years ago. Why marry again when beautiful women are lining up to be with him. Except… Those women are attracted to the power he wields rather than the man. Which has never bothered him. Until he meets spitfire Carla Andretti, and she makes it very clear she isn’t impressed, by him being the ruthless head of the New York Mafia or the power that gives him.

Leon isn’t accustomed to being told no.

When Leon channels all his power into seducing Carla into his bed she finds it more and more difficult to resist.

Who will win their battle of wills? Or will they both win?
more
Amazon Other stores
Bookmark  Rate:

'Leon' is tagged as:

The 'Dance with the Devil' series

MATTEO
MATTEO
(Dance with the Devil #1)

All books by Carole Mortimer  ❯

Buy 'Leon' from the following stores: