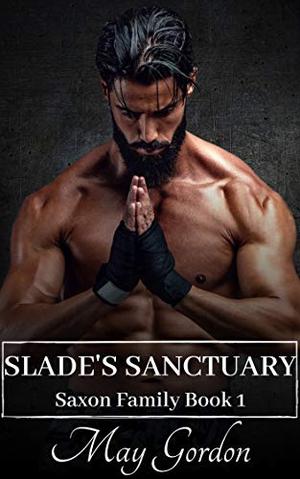 Slade Saxon is the oldest of a family considered royalty in the fighting world. Now retired after winning three championships, he’s following in his dad’s footsteps by running their gym. But stepping away from that career has left a void in his. He’s lost, tired of those who only see his fame and what he can do for them.

Annie Bennett is a small-town girl that traveled to Florida to honor her grandmother’s final wish. When her path collides with that of a handsome stranger, she has no idea how completely things are about to change for her.

Unfortunately, Slade’s past is filled with those he’s defeated in the ring, marring the future they’re starting to look forward to as he gears up for the most important fight of his life.

Warning: Sweet, sexy, safe read! This author writes what she likes to read. That means there will be instalove, OTT Heroes, and, brace yourselves, virgin characters at times. If none of those float your boat, you might want to find another book. If they do, you're in the right place.
more
Amazon Other stores
Bookmark  Rate:

'Slade's Sanctuary' is tagged as:

Recent books by May Gordon

All books by May Gordon  ❯