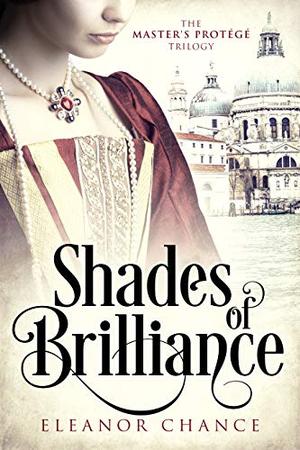 Set against the backdrop of the golden days of Renaissance Italy, comes this heart-warming new series by award-winning author Eleanor Chance.

Young Celeste Gabriele’s life has gone from wealth and privilege in the highest echelons of Venetian aristocracy to dismal poverty in the slums. With her drunk of a father missing and her mother dead, it falls upon Celeste to protect her younger brothers and sisters from starvation. Just as she is about to run away and escape her wretched life, her wealthy Aunt Portia appears and whisks her off to work as a nanny to seven-year-old Federigo.

One day during Federigo’s art lesson, his maestro, Luciano Vicente, finds a sketch drawn by Celeste. He recognizes the raw artistic genius in her work and begs her to become his secret protégé. Celeste consents and soon becomes obsessed with painting as she hones her abilities under the watchful eye of Luciano. She carries on blissfully until her secret is discovered, and she is thrown out onto the streets with nothing. Can Celeste survive to become a master painter and find a life with the man she loves?
more
Amazon Other stores
Bookmark  Rate:

'Shades of Brilliance: An Italian Renaissance Romance' is tagged as:

The 'The Master's Protégé Trilogy' series

Similar books to 'Shades of Brilliance: An Italian Renaissance Romance'

All books by Eleanor Chance  ❯

Buy 'Shades of Brilliance: An Italian Renaissance Romance' from the following stores: