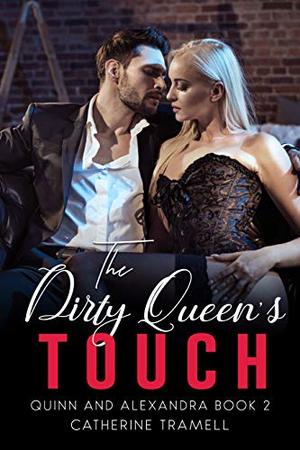 Unable to properly express his feelings, Quinn gives Alex the impression that he doesn't feel the same way she does. Alex feels rejected and blames herself for her confession. Determined not to love one-sidedly, Alex develops feelings for Carl and starts a stable relationship with him.

Quinn, out of fear of losing Alex, finally makes up his mind, and when he tells Alex what he wants, it seems it's too late. She has moved on, and she proves this by traveling with Carl in pursuit of his career. Everything is stable and there seems to be no problem in sight until Michelle has a baby and Alex is invited to see the child, who Michelle has named Alexandra. Unable to resist, Alex travels to see the child and Quinn successfully gets her drunk and seduces her. Their love-hate relationship translates to a steamy night of drunken sex, but when Alex sobers up, she hates Quinn more than ever and is determined to never see him again.

This book is the second book of QUINN AND ALEXANDRA romantic, hot and steamy series. Follow the story of Alexandra as she explored the beauty of her complicated romances and find out what fate has in store for her?

Content Warning: This story is written for Adult Readers Only. Some scenes are sexually explicit and are intended for mature audiences.
more
Amazon Other stores
Bookmark  Rate:

'The Dirty Queen's Touch' is tagged as:

The 'QUINN AND ALEXANDRA' series

All books by Catherine Tramell  ❯

Buy 'The Dirty Queen's Touch' from the following stores: