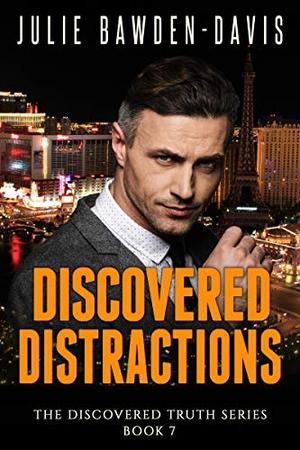 A past mired in deception…until she met him.

When grifter Irena Martin finds her life in danger after pulling a con in Los Vegas, she happens to meet Gordon Bradshaw. To Irena, Gordon appears to be a perfect new mark for funding her escape. Irena doesn’t know that Gordon dismantles companies for a living and immediately sees through Irena’s alias.

At first, Gordon strings Irena along, because she intrigues him. But before long, he finds himself enmeshed in Irena’s troubles with an unknown assailant. Gordon isn’t without problems of his own. When the SEC tries to stop him from boarding a flight home, he and Irena soon find themselves running from the mistakes of their pasts and life-threatening consequences of the present.

Will they learn to trust one another as they untangle who’s hunting them down?
more
Amazon Other stores
Bookmark  Rate:

'Discovered Distractions' is tagged as:

The 'The Discovered Truth' series

All books by Julie Bawden-Davis  ❯