A Halloween Angel For Hazel (Candy For Demons #3) 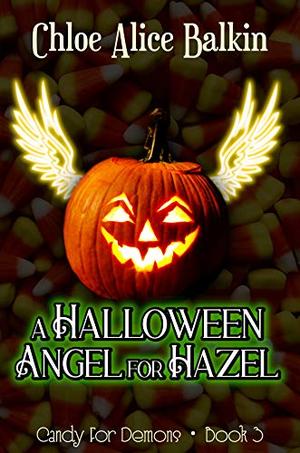 Heaven is the worst place to be at Halloween, but at least Hazel has a sexy angel to torment while she's stuck there.

Both of Hazel Jubilee's sisters escaped Hell and scored hot new demon husbands, but Hazel has been imprisoned in Heaven for five months without any hope of release. She's lonely, angry, and stir-crazy. If she had a frying pan, she'd bash in her angel captor's face. Again.

Mettle needs to impress the Archangel Gabriel to get his dream promotion, and Hazel's stubborn refusal to cooperate with him is making that impossible. His new assignment investigating a string of murders seems promising, but his hopes are dashed when he finds at the next murder the fallen angel Abnegation, who's already saved one Jubilee sister's life.

Mettle's now stuck with both Hazel and Abnegation, and he doesn't have enough prison cells for them. He needs to keep them separated to get the truth of how they're related, what they know about the murders, and why Hazel can resurrect the dead. She's a weak human, and Mettle's never broken his three-thousand-year old vow of abstinence. He figures she'll be the easiest prisoner to contain in his own home.

'A Halloween Angel For Hazel' is tagged as:

The 'Candy For Demons' series

Similar books to 'A Halloween Angel For Hazel'

More books like 'A Halloween Angel For Hazel'   ❯

Plus Three
Plus Three
(The Series I Shouldn't Have Written #2)

Buy 'A Halloween Angel For Hazel' from the following stores: