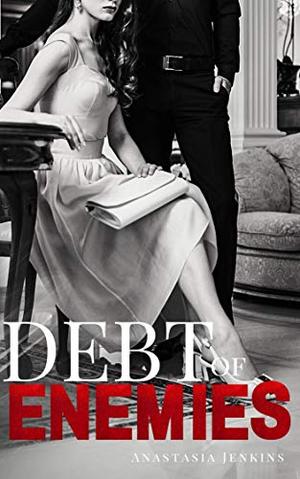 An aspiring artist thrown into turmoil by her brothers’ disappearance, Evelyn Taylor is neck deep in debt and reluctant to ask her few friends for help. Headstrong and independent, Evelyn finds herself mixing with the underbelly of the world at the back of the Beckford Towers in Canary Wharf trying to make ends meet. Hiding in the darkness she believed her dirty little secret was just that, but little did she know that Ethan Beckford was watching from his tower. Watching as she went about her life and her brother remained accused of Ethan's sisters’ disappearance. Evelyn knows her brother is innocent and no matter what Ethan subjects her to, she’s determined to fight back twice as hard.

Find out if Evelyn ends up in Ethan’s bounds in this twisted story, Debt of Enemies (Book One) in the Debt Series.
more
Amazon Other stores
Bookmark  Rate:

'Debt of Enemies' is tagged as:

Similar books to 'Debt of Enemies'

Buy 'Debt of Enemies' from the following stores: