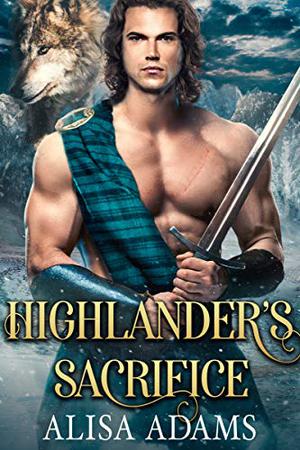 He risked his life for a woman that can not be his. Would she do the same for him?

When Merith Mackenzie is saved from vagrants by a dashing hero, she wonders if she has stepped into the stories of old that she loved as a child. But reality is far different from tales.

Finlay Dunne, her savior, would leave right then and there as he has no desire to play guardsman to the young lass and her lady companions. But with their guards dead, he has no choice but to escort them back to where they were going.

Reaching the Mackenzie estate, Finlay realizes that Merith Mackenzie is of a noble family. His actions are praised, and he is tasked to be among of the guards that will take her to her betrothed, a job he never expected to take on. And what he had expected even less was to fall in love with the beautiful but spoiled lass.

Things will only get worse when Merith finds herself in danger again, as Finlay has to decide how much more he is willing to sacrifice for a woman that can never be his.

His worst fears will come true as being so close to a noble lady can be easily used against him by those who wish the powerful guard of Merith to get out of their way.

The tables turn, and now Merith is the one that will have to give up everything to save Finlay from certain death.

'Highlander's Sacrifice: A Scottish Medieval Historical Romance' is tagged as:

All books by Alisa Adams  ❯