Fight For Me (Dark Renzetti #2) 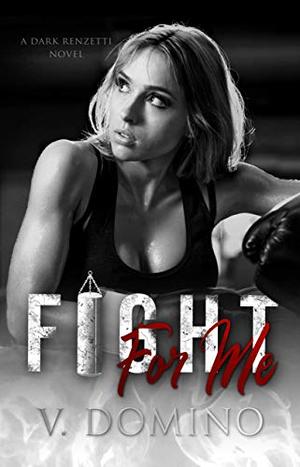 Luca Romano has had a childhood filled with pain and misery. Memories no child should ever have.
At just seven years old, his parents were killed while he and his little sister were taken from their beds in the night.
Now at eighteen years old, he's determined to make his way back to where it all went wrong, New York City.
Along the way, Luca becomes the number one in the underground fighting rings and becomes known as Twitch.
He fights his way to the top and straight into New York's biggest underground fighting ring where he meets a woman who makes his heart beat faster and her attention isn't the only one Twitch caught.
Mafia bosses from different cultures become friends and foes as Twitch's fame rises.
Will he be survive it all?
Will he find his sister and get the revenge he so desperately wants?
--------
Neviah Mazzi learned at a young age how far loyalty gets you and how deep in the ground traitors go.
Now eighteen years old, Neviah is known as Silver, the queen of underground fighting and the proud owner of New York's most famous fighting ring.
Along with power and respect, Silver earns enemies.
Enemies who don't play by the Mafia's rules.
After fighting in the most anticipated event of the year, Silver meets the man she never knew she needed but is he just a distraction while enemies surround her?
Is he a friend or foe?
--------
Get ready for V. Domino's second book in her Dark Renzetti Series.
**THIS BOOK CONTAINS TRIGGERS**
**MATURE READERS ONLY**
more
Amazon Other stores
Bookmark  Rate:

'Fight For Me' is tagged as:

Similar books to 'Fight For Me'

All books by V. Domino  ❯

Buy 'Fight For Me' from the following stores: