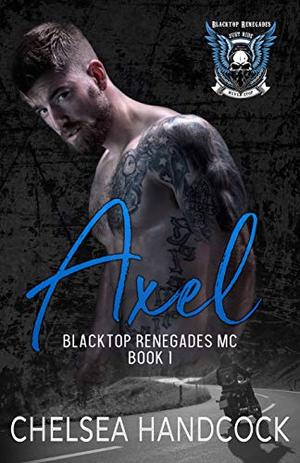 Axel Daye, as the Vice President of the Blacktop Renegades, the club and his duties have become his life since leaving the service and his fiancé dumping him. Circumstances beyond either of their control force them back together, but Axel is still drawn to her and doesn’t know if he wants a future or just wants to get her out of his system—once and for all.

London Harris gets thrown into a world she never wanted, becoming a pawn for the Cartel’s deadly game of revenge. Hurt, scared, and determined, she decides to live whatever life she has left on her terms, no one else’s. Protecting the ones, she loves is her only goal, but the only way for her to buy the time she needs is to count on the man she left behind.

Welcome to the Blacktop Renegades. This book can be read as a standalone, although many of the characters featured have been mentioned in the Ruthless Bastards MC series. To get full enjoyment, it is suggested you read in series order, starting with Whiskey: RBMC Book 1.

'Axel: Blacktop Renegades' is tagged as:

All books by Chelsea Handcock  ❯