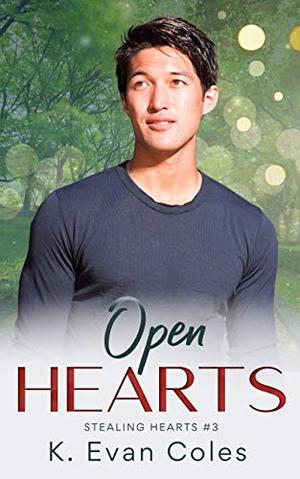 Some hearts are made to be opened.

Jae-seong Bak has never been in love. He prefers to let his personal life take a backseat to his career as a nurse, especially since no-strings hookups with men he's glad to call friends have always felt like more than enough.

After years of moving around the United States, Jae takes a job in his home city of Boston, arriving just in time to celebrate his brother Ty's engagement. In reconnecting with friends and family, Jae befriends Emmett McNeil, a young chef and Ty's future brother-in-law, whose own bad luck with love hasn't dampened his enthusiasm for life.

As the summer passes and Jae and Emmett help their families plan the wedding, the spark between the two men ignites, though each agrees to keep their hookups under wraps in order to prevent potential drama. Taken off guard by the depth of his feelings, Jae backs away, only to find that going back to being just friends with Emmett is much harder than he ever could have predicted.

Now, standing with Emmett as their siblings make their vows, Jae must decide if he's really content to hold the man he loves at arm's-length or if taking a chance on more is in the cards.
more
Amazon Other stores
Bookmark  Rate:

'Open Hearts' is tagged as: