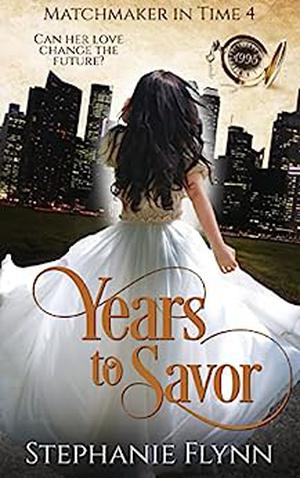 She has a stalker. He has an ex-wife. Torn apart by time, will the friends rekindle their relationship, or will their enemies doom them first?

Kiko Takai has a stack of romance novels—true stories she wrote from a century of matchmaking through time. After her old boss drops her into the year of her choice—1995—as a reward for fulfilling her contract, Kiko's quest to find a publisher lands her in her best friend's lap, and sparks reignite.

Eric Woodson is the vice president of finance at his father's trade publishing house and success follows him everywhere, except in love. Eric is still fixated on what he forged and lost with Kiko, who vanished seven years ago, so his jealous wife tosses him divorce papers. The one woman he could never have reappears, and when they bump into the man who killed his best friend—her husband, Eric will stop at nothing to keep her safe.

She's not the only one who needs rescuing, because the enemy is ready to reclaim what's his at any cost. Just like the scheme she orchestrated for her matches over a century, Kiko has three tries to get it right or lose him forever…

'Years to Savor: A Time Travel Romance' is tagged as:

Similar books to 'Years to Savor: A Time Travel Romance'

All books by Stephanie Flynn  ❯

Buy 'Years to Savor: A Time Travel Romance' from the following stores: