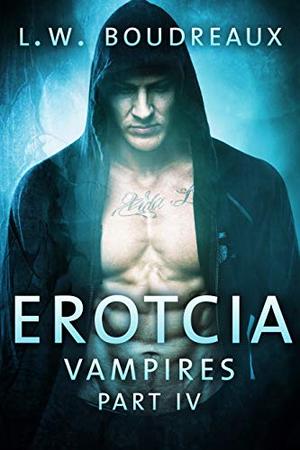 Friend or Foe? Every Coin Has Two Sides

Just when Wisteen thinks she’s learned the rules of the game, she realizes she’s got to figure out how she fits in with the pieces already in play.

Max feels comfort and power with the woman of his dreams by his side.

Is the foundation of their relationship as stable as it looks, or is now the perfect time for the enemy to strike?

Is Max the vampire the coven sees as their leader moving forward? If not, who is fit to take his place?

Erotcia Vampires Part IV is the fourth book in the Vampires series that follows Max and Wisteen in a twisted tale of power, dominance, sacrifice, and vengeance.

Erotcia Vampires: Part IV is intended for adults 18 and up.
more
Amazon Other stores
Bookmark  Rate: