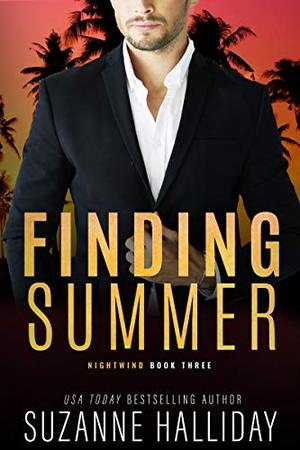 Protector Alpha and a Sunshine Girl
He's not what he seems and she's an open book.

Arnie Templeton is NIGHTWIND’s resident clown
He has a big corner office and the swagger that comes with nobody, except his bosses, having a clue what he did with his time.
But that's only part of his story.
Inherited wealth coupled with a messed up childhood almost derailed his life. And then, one day, the men in dark suits with government ID’s came calling.

Summer Warren is a Southern California girl with a big smile, joyful giggle, and a heart bigger than the state she called home. She’s strong, self-reliant, and has a life plan. But the plan changes when she meets Arnie.

Destiny brought them together.
They fell in love on a beach beneath the snow moon.
Then duty called and Arnie had to answer.
The timing could not have been worse
By the time he returned, prepared to make things right, Summer was gone.

Arnie's about to tackle the most important challenge of his life.
Finding Summer
more
Amazon Other stores
Bookmark  Rate:

'Finding Summer' is tagged as: