A Hood CEO Stole My Heart 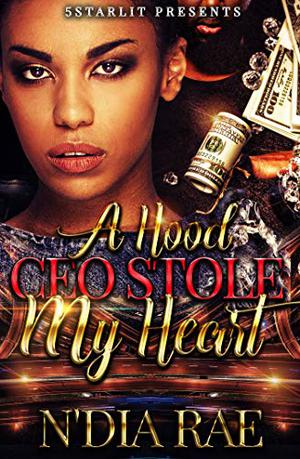 After a series of traumatic events, Aunjunae Wallace finds herself on the run with her toddler-aged son Hero. Prompted to flee New York City in the middle of the night, they drive to the only place where she has family left, Atlanta, Georgia. Determined to protect her son and rebuild her life, she moves in with her estrained cousin Diamante.

When Aunjunae left NYC she was a well sought-after make-up artist but now that she is on the run in Atlanta she has to lay low. She takes a job in the unlikeliest place that is owned by street king and entrepreneur, Preston
"Prez" Thomas.

When she first meets Prez she is immedialey drawn to him but she knows that she can't allow anyone in because of her past. Trying to maintain the balance between being a mother on the run, she slowly falls for the charismatic businessman.

Prez has had his own share of life problems. It's been over a year since his brother was mudered in front of him. Since that time he has worked hard along with his right-hand man Echo to get out of the game by acquiring several local businesses including a funeral home.

The funeral home is where he first encounters Aunjunae. As soon as he lays eyes on her he is immediatley taken by her presence. However Aunjunae has thick walls built around her heart but he is determined to breakthrough.

Between the two lovers are a mountain of secrets that they both have to climb if they are going to be together. This story is drippign with drama and sensuality. Are you ready to dive in to this African American Romance between Aunjuane and Prez?
more
Amazon Other stores
Bookmark  Rate:

'A Hood CEO Stole My Heart' is tagged as:

Similar books to 'A Hood CEO Stole My Heart'

More books like 'A Hood CEO Stole My Heart'   ❯

Buy 'A Hood CEO Stole My Heart' from the following stores: