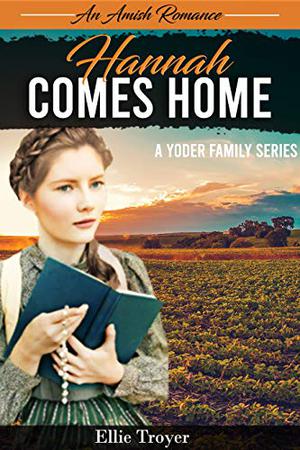 When the Yoder store gets a call that cousin Hannah is in trouble with the police in nearby Indianapolis, the family struggles with what to do about the situation.
Hannah Yoder, the only child of Mr. Yoder’s brother Eli, had gone on her Rumspringa and never returned to her community and, therefore, was completely cut from the family unit. Over the next few years, both of her parents had died and now Hannah was an orphan living in the big city. A run-in with the police sends her to jail where she now sits, desperate for help.
Rebecca and Amos Yoder, both of whom had challenged the community norms, advocate for going to get her and bringing her back into the community. Against their parents wishes, they go to pick up their cousin.
Hannah’s return to the Amish community is difficult. Every day is a struggle as she faces the anger and distrust of her community. One day, while walking back from the village by herself, she encounters a large and angry bull in the road, and minutes later, has to climb a tree to escape the animal. Her cries for help are heard by the young farmer, Levi Huyard, who rescues her.
Soon, their attraction for each other grows. But will Levi be willing to accept the wrath of his community and fall for the beautiful sinner?
more
Amazon Other stores
Bookmark  Rate:

'An Amish Romance: Hannah Comes Home: A Yoder Family Series' is tagged as: