We Wolf Rock You (The Paranormals #3) 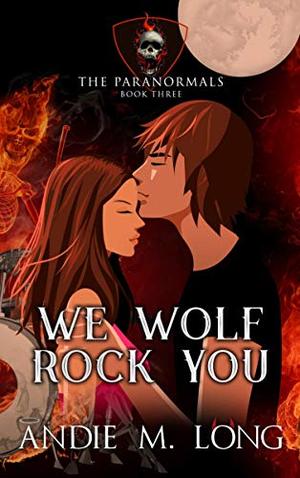 After throwing herself at Rex Colton for a week and being cast aside, Freya has decided to move on. So, typically, that would be when Rex decides to declare that she's his mate.
Well, it's too late.
Freya can't know whether it's a genetic error that has triggered Rex's mate-ometer, or if he now genuinely has feelings for her, and her heart isn't willing to risk another rejection.
But Rex has decided she's the one for him. He's a wolf and there’s no stopping his pursuit of his mate.
Can he make Freya realise that this is real, or is he destined to be a lone wolf? One thing's for certain, with watermelon whimsies, impromptu duets, and demon drummers, it's sure to be wild.
more
Amazon Other stores
Bookmark  Rate:

'We Wolf Rock You' is tagged as:

The 'The Paranormals' series

Similar books to 'We Wolf Rock You'

Buy 'We Wolf Rock You' from the following stores: