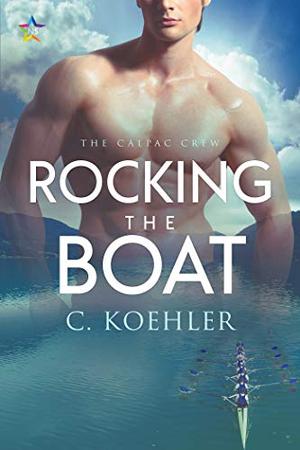 Nick Bedford coaches the men’s rowing team at California Pacific College, a small liberal arts school in Sacramento. He’s quiet, dedicated—and closeted. He struggles with professional ethics and NCAA rules as he denies his attraction for Morgan Estrada, one of his rowers. While they may not be far apart in age, the difference between coach and athlete leads Nick to worry about exploitation.

But Morgan has desires and a mind of his own, and what he wants is his coach. As the spring racing season advances, Morgan feels his coach’s eyes on him. Morgan may be gay, and while he’s not out to team, he hasn’t hidden it, either. It may be a coach’s job to check out an athlete’s form, but Morgan hopes Nick’s interested in more than his technique.

Morgan corners Nick in the boathouse, and Nick admits that while he wants Morgan he can’t have him. Morgan laughingly points out that he’s not bound by any of those rules and he wants Nick. Nick and Morgan start a relationship, but Nick worries whenever they’re in public: what if someone sees? An anonymous complaint from a rower to the athletics director sends Nick’s worries into overdrive just as the crew prepares for the make-or-break race of the year.
more
Amazon Other stores
Bookmark  Rate:

'Rocking the Boat' is tagged as:

Similar books to 'Rocking the Boat'

All books by C. Koehler  ❯

Buy 'Rocking the Boat' from the following stores: