Flash of Fate: An Urban Fantasy Novel (Power of Lightning #2) 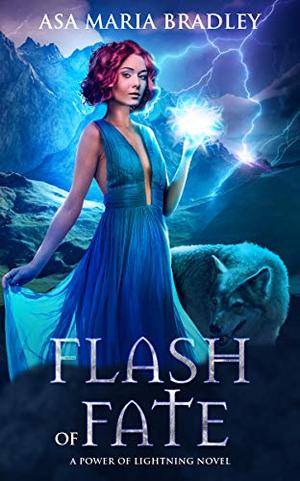 She has new powers, but when old enemies arise, does she have the strength to control them?

Twin kids are being abducted across the country--with one left behind drugged and positioned like a corpse, while the other vanishes faster than a lightning strike. No sound, no trace, no clue.

Forensic artist Molly Nyland is determined to find the kidnappers and the lost kids, and while she’s come to terms with her bizarre ability to detect when someone holds back the whole truth, she does not have time to master new powers that may burn her alive. To complicate matters more, her sexy detective boyfriend still struggles with PTSD while cultivating his own strange new abilities.

Then because child abductors, unpredictable supernatural talents, and PTSD aren’t enough, Molly and her boyfriend must join with Molly’s ex in order to solve the case of the missing kids. The increased strain threatens to break their relationship, and that’s before old foes resurface to hunt Molly again.

The only way for her to find the missing children and combat the enemy…is by jumping straight into the rising storm.
more
Amazon Other stores
Bookmark  Rate:

'Flash of Fate: An Urban Fantasy Novel' is tagged as:

The 'Power of Lightning' series

Similar books to 'Flash of Fate: An Urban Fantasy Novel'

Buy 'Flash of Fate: An Urban Fantasy Novel' from the following stores: