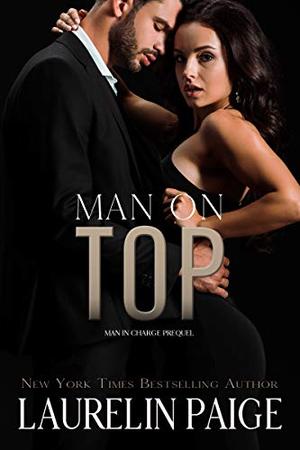 It was Teyana’s idea to crash the Sebastian’s party. Once in a lifetime, and all that.

Which was why I snuck in, even after she got sick and bailed, though it isn’t really fun without her.

Until I end up on the rooftop with the most stupid-hot guy on the planet, and when he offers to take me home, I can't imagine telling Teyana I turned him down.

So I'll be Cinderella for the party, and a very wicked girl in the bedroom.

After that, I’ll disappear in the daylight, without even an exchange of names. I don’t belong in his world. One night is all we’ll get.

Unless, of course, fate has other plans...

Man on Top is the beginning of the Man in Charge Duet. It is also included in Man in Charge.
more
Amazon Other stores
Bookmark  Rate:

The 'Man in Charge Duet' series

Similar books to 'Man on Top'

All books by Laurelin Paige  ❯

Buy 'Man on Top' from the following stores: