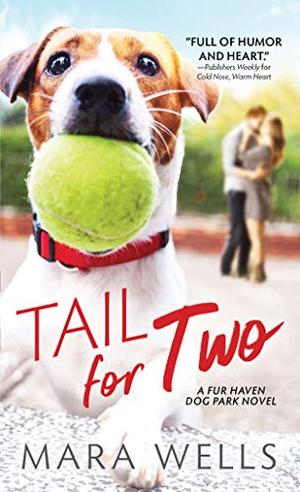 Lance Donovan agreed to dog sit only to help out his younger brother. Little does he know that an encounter with his ex-wife at the local dog park is going to turn his life upside down...

Carrie Burns has a successful business, a young son, and an energetic pup. She doesn't have time for much more in her busy schedule, but her friends say she needs to get back into the dating scene or she'll never find a new Mr. Right. Between her demanding job and 3-year-old Oliver, dating is starting to be another chore.

Carrie especially doesn't have time for her ex-husband, Lance Donovan. But when Lance meets Oliver, he's determined to connect with the son he didn't know he had, and the love he thought he'd lost.

All books by Mara Wells  ❯

Buy 'A Tail for Two (Fur Haven Dog Park (2))' from the following stores: