Whiskey Sour (It's All in the Whiskey #5) 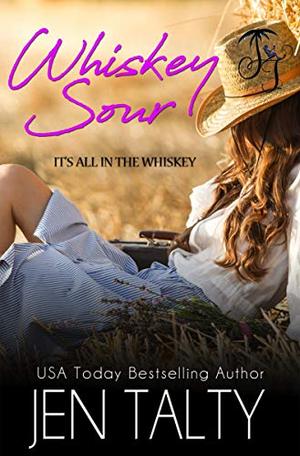 After the death of her mother, Paget Sour did what she could to help her father, but she had no idea how bad things had gotten, both financially, or medically. As things begin to unravel, and her father’s health takes a turn for the worse, Paget faces some of the tough decisions she’s ever had to make. All she wants is to is make her father’s last few months on this earth as comfortable as possible in the safety of his home.

But she can’t do it alone. Not if she wants to pay the bills, keep the house, and protect her father.

However, the last thing she needs is the pesky bartender who happens to make the best Whiskey Sour showing up offering his help, among other things.

Boone Wilder wants one thing, and one thing only. He wants to make Paget Sour his, and his alone. She comes into his bar regularly, orders a Whiskey Sour has a good chat, and then leaves, always refusing a date. So, when he hears about her sick father, it’s Boone to the rescue.

Only, Paget isn’t easily that won over, and Boone soon realizes, if he’s going to get the woman he loves, he’s going to have to make a few changes of his own.

And he’s going to have to come clean about one very big lie.
more
Amazon Other stores
Bookmark  Rate:

'Whiskey Sour' is tagged as:

The 'It's All in the Whiskey' series

4.00 · 1 ratings
contemporary
It's All in the Whiskey reading order and complete book list  ❯

All books by Jen Talty  ❯