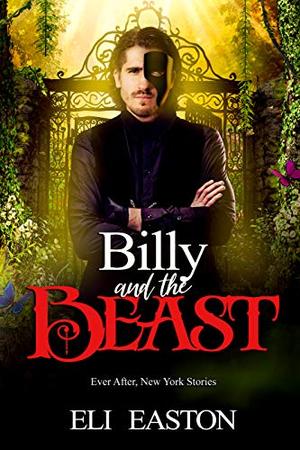 A stolen rose leads Billy to the Beast of his dreams...
The rose is so perfectly pink and delightfully fragrant, so temptingly within reach through the bars of the locked gate. One snip later, and a masked man from Billy’s darkest fantasies grabs his arm.

Billy’s punishment for the theft? To toil in the estate’s horribly overgrown garden for the summer. Only this summer job comes with a mystery. Who is the sexy, scarred, irascible man who lives at Malfleur, and what dark secret from his past is he hiding?

The Beast believes he deserves his self-imposed exile for the crime he committed one awful, reckless night—a night he can’t even remember. He believes no one can love the ruin of a man that survived that cursed accident.
He didn’t count on Billy Martin.

BILLY & THE BEAST is a contemporary retelling of Beauty and the Beast that features a rich playboy recovering from a near-fatal accident, a web of dark secrets and gaslighting, a gothic estate, a happy Labrador retriever, and a plucky young man who adores mysteries & monsters.

This book is part of the EVER AFTER, NEW YORK series of contemporary gay romance fairy tales, but it can be read as a stand-alone.

This book is part of the EVER AFTER, NEW
more
Amazon Other stores
Bookmark  Rate:

The 'Ever After, New York' series

Similar books to 'Billy & The Beast'

Buy 'Billy & The Beast' from the following stores: