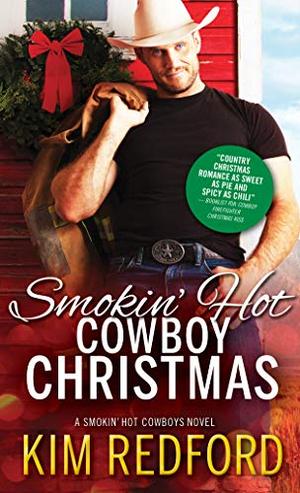 Have yourself a Smokin' Hot Cowboy Christmas

It's been one fiasco after another for newcomer Belle Tarleton since she began trying to turn her ranch into an arts center. Local workers seem determined to ruin her Christmas party plans, and she hopes bringing in down-on-his-luck Rowdy Holloway to help with renovations will get things back on track.

Rowdy is the unluckiest cowboy in the whole of Wildcat Bluff County, Texas, and things are not improving this holiday season. Sure, he's the object of many local women's drool-worthy fantasies, but the town has decided he's the man who should stop Belle's renovation plans.

It started as a simple mission, but now Rowdy's so twisted up he doesn't know whose side he's on. With only days until Christmas, Rowdy and Belle need to tap into their fiery personalities and off-the-charts chemistry if they're ever going to find a way to thaw the ice on this reluctant town's heart.
more
Amazon Other stores
Bookmark  Rate:

All books by Kim Redford  ❯