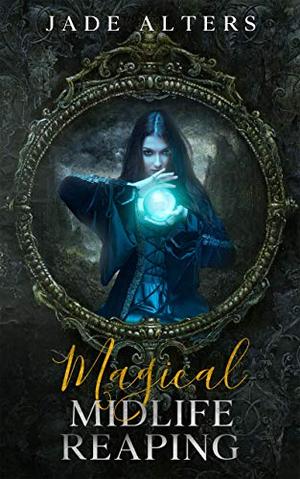 Arla comes from a long line of reapers, charged with not only doling out death but keeping the peace in New Orleans, an area teeming with supernatural creatures and enchantments. Although this may sound action-packed, it actually involves a ton of paperwork and bureaucracy. To top it off, she’s had exactly one lackluster, on-again, off-again relationship in her 42 years. Let's just say her personal life has been the exact opposite of magical,

When bad boy Axel Lacroix’s name comes across her desk for the umpteenth time, Arla isn’t exactly surprised. He’s made his fortune exploiting supernatural beings with his uber popular Nola Haunted History Tours. Except this time, his indiscretions threaten to upset the supernatural balance established by Arla’s great-grandmother who broke into three pieces a magical object creatures have been fighting over for centuries: a mirror that reflects a creature’s malevolence back at it, taming even the most powerful creatures. Axel has somehow managed to obtain the third shard, despite its protective magical enchantments.

Heading off to deliver Axel’s sentence, Arla couldn’t be happier to be rid of the constant troubles he’s caused for good. But she has no idea how hard this execution’s going to turn out and why…

Magical Midlife Reaping is a stand-alone Paranormal Women’s Fiction Novel with a HEA featuring a strong female heroine in her forties who happens to find love when she’s stopped looking. The books can be read in any order and are part of the same supernatural universe. Filled with a mix of real and mythical references to magical city of New Orleans, lovers of the Crescent City are guaranteed to be delighted.
more
Amazon Other stores
Bookmark  Rate:

The 'Reapers of Crescent City' series