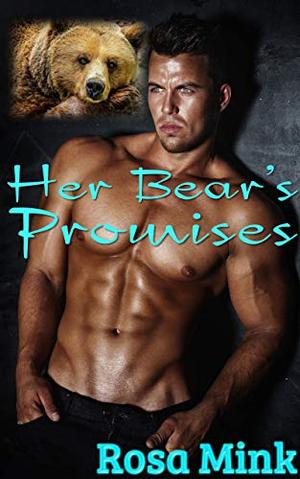 Three years ago, Grace didn’t know the truth about the people that lived closest to her. She didn’t know their secret but now she does, and she hates them. Her entire life was changed in an instant when she was attacked, then changed again when she learnt her baby was special. The only reason she’s accepted their help is to protect the angel she loves. If she could leave it all behind, she would in an instant, but she knows Ivy has to be protected, and the only person doing that will be her.

A surprise encounter with the territory itan changes her life again. This time, it seems to be for the better, but she wouldn’t bet her life on it. She knows the monsters that shifters are, but every promise Jordan gives her touches a place inside her she didn’t know existed. Ivy’s trust in him helps her build her own, but can she truly trust him, and why is he so invested in them?

It doesn’t make sense to her, and neither does the growing attraction to him she can’t begin to ignore. Are his promises real? Can she finally relax her guard and find comfort with another person? Will his bear turn savage or will he protect her as well? The questions are what keep her awake now, but she can’t turn them off, and every day she grows closer to something with him. Is it possible she could love a bear and live with his promises daily? The answer to that one is she a yes, as long as he wants it too.

Jordan has spent the last almost eighty years as itan since his father was killed. The last several years his bear has been quiet, giving up the hope that they’ll find their mate. A visit to one of his territory’s clans changes all of that when he finds Grace and Ivy. They both know Grace is theirs, Ivy their cub, and want nothing more than to claim her, but Jordan knows they can’t rush it. She looks at all of them as though they’re monsters. His only shred of hope comes from the bond he can see with Ivy.

He can’t leave her there when he goes, and persuades Grace to come home with him, with the promise he knows he’ll always keep—she and Ivy will be perfectly safe. Every day spent with her makes his love for her, his need for her grow, but despite his bear’s urgings, he won’t claim her before she ready. No matter how long it takes, he’ll always put her first. He’ll never break a promise to her, or to Ivy.

When she finally shows him that just maybe there’s an opening in her heart for him, he takes it and refuses to let her back out of it. If there’s one thing in the world he knows, it’s that he and his bear can make her as happy as she makes them. With little Ivy’s help, he’ll show her his promises are for life, a long one together, with lots of cubs to love.

With strong language, no cheating, and HEAs, this story of approximately 24,000 words is intended for an adult audience and may include subjects that are sensitive to some readers. It’s short but sweet giving you insta-love, babies, and heat galore.
more
Amazon Other stores
Bookmark  Rate:

'Her Bear's Promises' is tagged as:

Similar books to 'Her Bear's Promises'

Buy 'Her Bear's Promises' from the following stores: