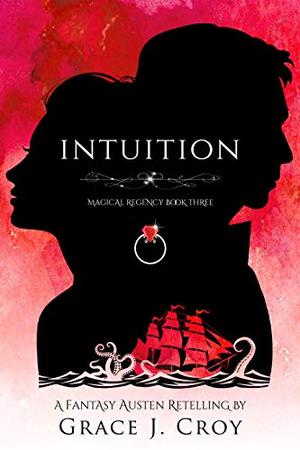 A man does not recover from such a devotion to such a woman. He ought not; he does not.

Mistress Evaine Elloch feels as if she lives in the shadow of her beautiful and magically gifted older sister until she meets handsome, but penniless, Mage Lieutenant Wynterval. Her family is against the unsuitable match and she is persuaded to break off their short engagement. Seven years later, with little beauty, weak magic, and no romantic prospects, she meets him once again. Now a wealthy Mage Captain, he is indifferent to her, but she loves him still.

In the midst of her turmoil, an unexpected opportunity to speak with her deceased grandmother helps her understand that her magic isn’t useless as she believes. While still struggling with her new abilities, she leaves for Bath where she meets her cousin, Mage Elloch. He is a powerful mage with a secret agenda and an unknown power that threatens the safety of everyone she loves. With the help of Mage Captain Wynterval, can they stop Mage Elloch before he manages to keep them apart forever?

Intuition is a magical retelling of Jane Austen’s novel Persuasion. All books in the Magical Regency series are stand-alone novels and may be read in any order.
more
Amazon Other stores
Bookmark  Rate:

'Intuition: A Fantasy Austen Retelling' is tagged as:

Buy 'Intuition: A Fantasy Austen Retelling' from the following stores: