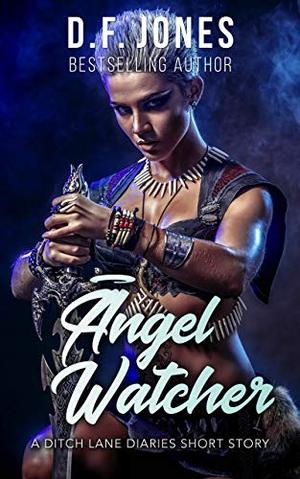 The tremors faint, but grew stronger, releasing a swarm of quakes when a
cataclysmic supervolcano erupts in North America, killing one hundred thousand souls instantly.

The Angel Watcher, Kaduntz, had been unable to stop humanity’s demise, leaving her heartbroken.

The Angel of Destruction releases the four horsemen.

The age-old prophecies come to fruition.

The moment she locks eyes with the angel hybrid, her world turns upside down.

The touch of his hand sends a jolt of electricity through her whole being, releasing an incredible scent.

Who and what did he want with her?

He recognizes her at once from his dreams. His clan sing songs about the leader of the Angel Watchers, Kaduntz.

The pairing link initiates by the touch of her hand.

Could this legend be his partner for all eternity?

Could Kaduntz even love a hybrid?
more
Amazon Other stores
Bookmark  Rate: