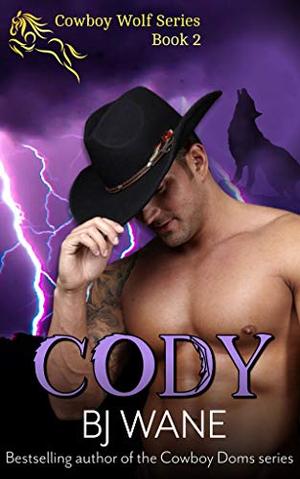 Cody McCullough is devastated to discover the one woman meant to complete him in every way is in a relationship with his best friend. He manages to keep his disappointment and lust in check until Doug invites him to join them in a scene, but after feeling Olivia’s soft skin and her quivering responses to his touch, he walks away before he does something unforgiveable.
Olivia Harris flees her beloved home town following the sudden death of her first Dom and hurtful rejection of his best friend. It’s not long before she realizes time and distance hasn’t impacted her longing for Cody McCullough and she makes plans to return home. Before leaving, her involvement with an underground rescue network lures her into breaking the law to aid in getting a baby out of harm’s way.
When Cody discovers Olivia’s return, nothing will keep him from claiming his mate this time. His determination to make her his in every way intensifies when he learns why two investigator’s show up in town and are responsible for the fear in her eyes.
When Cody and Olivia finally reveal their secrets, will it be in time to keep Olivia from going to prison or for Cody to convince her to give both his wolf and himself a chance?
Author’s note: - This contemporary romantic suspense contains adult themes such as power exchange and sexual scenes. Please do not purchase if these offend you.
more
Amazon Other stores
Bookmark  Rate:

'Cody' is tagged as:

Buy 'Cody' from the following stores: