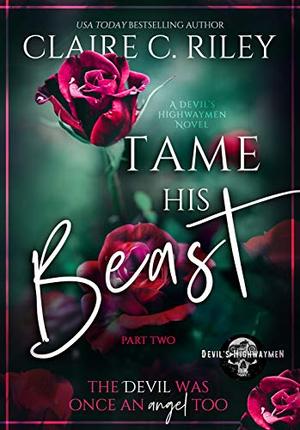 What happens when the beast is no longer caged?

Beast, feared enforcer for the Devil’s Highwaymen, wasn't used to feeling weak, until one night he was attacked and left for dead and his whole world shattered. Engulfed by pain, rage and his need for vengeance he’s pushed everyone away.

Finally, out of the hospital and back at the clubhouse, he thinks everything will be okay now…only he can’t keep the nightmares at bay.

In his head, he’s still trapped in the burning barn and the screaming of the horses are driving him to madness.

He knows the only person that can help him is Belle, and he’ll do anything to get her back. That is until he finds out that she’s been spilling club secrets.

Shooter, President of the Devil’s Highwaymen says she has to go to ground unless she can prove her allegiance to the club in the form of bloodshed.

In the MC, loyalty is everything and betrayal is dealt with in violence. But can Beast kill the woman who stole his heart, or will his love for her get in the way of club law?

One thing’s for sure, when love & loyalty collide it can only end in a bloodbath.
But everyone deserves their happily ever after, don’t they?
Even a Beast and his Beauty.

*Tame his Beast is a two-part MC romance set in the theme of Beauty & the Beast and based in the Devil’s Highwaymen World. *
more
Amazon Other stores
Bookmark  Rate: